Child custody can be one of the most combative parts of a divorce. Whether the divorce is contested or uncontested, it can be extremely hard to decide who will care for your children. With so much at stake, it’s imperative that you hire an experienced Hampton Roads child custody attorney who is intimately familiar with Virginia family law.

The legal team at Montagna Law will work tirelessly to provide you with guidance, protect your rights, and produce the best possible outcome during this difficult time.

Why Montagna Law?
We will protect your rights. Request a free consultation.
Free Consultation
Table of Contents:

Types of Child Custody in Virginia

There are two components to child custody in Virginia: legal custody and physical custody. Physical custody, also commonly called residential custody, is with whom the child spends most nights per week. The parent that is awarded physical custody may be referred to as the custodial parent and may be eligible to receive child support.

Legal custody gives the parent the ability to make decisions regarding the child’s schooling, healthcare, religious practices, and general welfare.

In most cases, physical custody is awarded to one parent while both parents have joint legal custody. Sole legal custody is a rarity unless the court deems one parent unfit or establishes that the parent does not act in the child’s best interest. Although this is not common, it is important to note that though a parent may not have legal custody, they may have visitation rights.

Before coming to a decision about custody, the court will consider the following factors as they relate to the child’s best interests:

Can You Modify a Custody Agreement?

It is not uncommon for one or both parents to need to modify a custody agreement. When this situation arises, a parent can petition the court to modify the agreement. The parent must present evidence to prove that this modification is in the best interest of the child. This can be quite a difficult process so it’s imperative that you seek legal counsel for help.

It is not uncommon for at least one parent to choose to relocate following a divorce. Without children, either or both spouses are free to go their separate ways but it becomes much more complicated to do so when children are involved. When a primary custodial parent wants to relocate, they either have to be allowed by their Judgment of Divorce or gain permission of the court in agreement with their former spouse.

These situations can quickly become arduous and are rarely a quick process. Although one parent may have primary custody, the other parent may still have the desire to play a role in the child’s life which means that parent may try to fight to remain in their child’s life.

Often, these cases are decided by a family court judge and can be a grueling battle. This makes it especially imperative that you seek legal counsel as soon as possible. Whether you are looking to move with your child or your former spouse is trying to relocate with your child, contact Montagna Law. Our experienced child custody attorneys are prepared to fight for you and your child’s best interests.

What Is Child Visitation?

At Montagna Law, we understand that your role as a parent does not stop at visitation. You need to spend meaningful time with your children. For this very reason, we fight to help our clients achieve a visitation schedule that will allow them to play an active and significant role in their child’s growth, development, and well-being.

On the other side of the coin, if your former spouse is a danger to your child, we will work hard to protect your child. We strive to always keep the child’s best interest in every battle we fight.

What If My Ex-spouse Refuses to Follow a Custody Order?

Unfortunately, it is not uncommon for parents to refuse to follow child custody and visitation orders. Some parents will refuse to visit their children despite having the right to do so. Following a schedule is important for children and gives them a sense of security and stability.

Other issues can be much worse. Sometimes, a parent will use their visitation right to pick up the child and refuse to return them. This happens more often than you might think.

When you work with Montagna Law, we use all of our legal resources to help you get your child back. This may include contacting the police and filing a violation petition with the family court. Your child’s safety is the most imperative factor to us and we do not rest until he or she is safely back in your arms.

How to Choose the Best Child Custody Lawyer in Norfolk, VA

Child custody is a delicate and often complex legal situation. Attempting to secure custody of your child or establish a visitation schedule that is beneficial for the child is not a task that should be taken lightly and, therefore, it is imperative to work with a child custody lawyer. But with a myriad of custody lawyers claiming to be the best, how can you choose the one who truly is?

While this can certainly be helpful in pointing you in the right direction, you also have to remember that all custody cases are different. Their requirements for a child custody lawyer may be different from yours leaving no guarantee that this lawyer will be the best to handle your case. You will have to do your own investigation to find the best child custody lawyer for you. Here are a few questions you can ask prospective lawyers that will help you choose the best one in Norfolk, VA.

You love your child more than tongue can tell and all you want is the best for him or her. With the right child custody lawyer by your side, you can ensure your child stays primarily in your custody to provide the best possible care for them.

Montagna Law has over half a century of experience working on child custody cases. We have mediated thousands of cases outside of court, just as successfully as we’ve fought for clients in the courtroom.

Conveniently serving all of Hampton Roads, you are able to access us with ease. Start the process of working with us today with a free, no-obligation consultation. 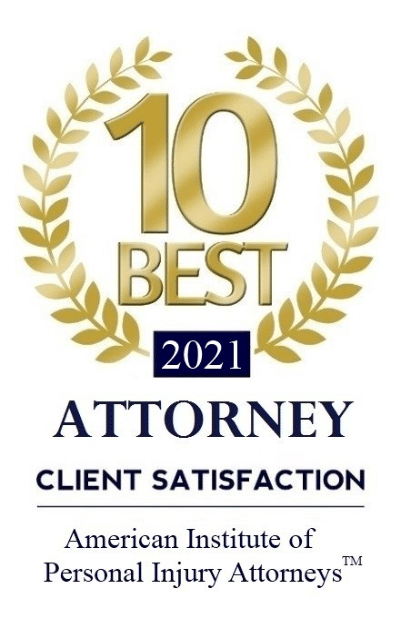