As an injured maritime worker in Norfolk, VA, who depends on physical ability, it’s critical that you be compensated fully.

If you were injured while working aboard your employer’s ship, fishing boat, barge, or dredge, you may have rights to compensation that are different—and more valuable—than the rights of an injured land-based worker in Norfolk.

Norfolk, VA land-based workers who are injured on the job are generally covered by workers’ compensation under Federal and Virginia State Law. If you were injured while assigned to work on your employer’s maritime vessel, you may qualify as a Jones Act seaman and be entitled to recovery under the Jones Act.

If you work in Norfolk, VA for a maritime company, but you were NOT at sea when you were injured, you must file a claim under the Longshore and Harbor Workers’ Compensation Act.

The Longshore and Harbor Workers’ Compensation Act is a federal statute that provides medical benefits and compensation for Norfolk, Virginia longshore workers injured on piers, docks, shipping terminals, and other marine ways.

Note that if your employer is the United States, your claim falls under the Public Vessels Act.

Contact the Norfolk, VA lawyers of Montagna Klein Camden at 877-622-8100 for a free consultation to discuss your case. Time limitations apply to filing a claim. Maintain your rights — Call Now. 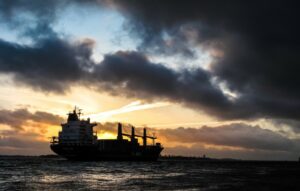